Chris has been involved in the leadership of the Cape Decision Lighthouse Society and has managed preservation projects and volunteer work parties at the lighthouse for over 25 years. He has also lead many conservation projects in the Pacific Northwest and in Alaska's national parks, forests and wilderness areas. In addition, Chris has supervised wilderness based recreation and conservation programs that promote the development of leadership, job and life skills for youth throughout the region.  Chris has a Masters of Science degree in Renewable Energy, was a Peace Corps volunteer in Ecuador and works on rural community development and renewable energy training and installation projects in many parts of the world.  He currently resides at Salmon Beach in Tacoma, WA. 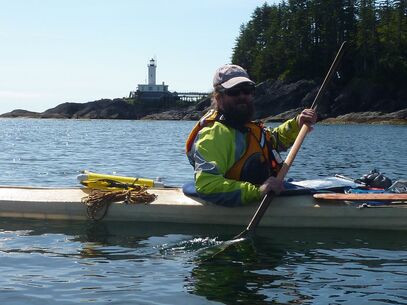 Andrew lives in Juneau where he is the Museum Registrar for the Alaska State Museums. He has worked in the museum and heritage field since 2001 including for the Ketchikan Museum Department, Yellowstone National Park, and the Center for Wooden Boats. Andrew holds a Master of Arts in Museum Studies from San Francisco State University and a Bachelor of Arts in History from Kenyon College. Andrew first visited Cape Decision in 2005. Since then, CDLS has greatly valued his energy, enthusiasm and knowledge as a specialist in historic preservation and a dedicated, hardworking volunteer. 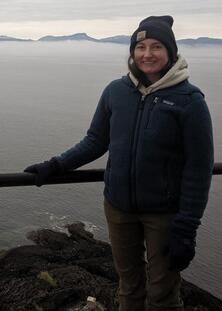 ​​Molly is a Museum Curator for the National Park Service based in Anchorage. Previously, she worked for over seven years as Historian for the State of Alaska's Archaeological Survey Unit. Molly holds an M.A. in Museum Studies from the University of Florida and a B.A. in History and Communication from the University of New Hampshire. Molly first visited Cape Decision Lighthouse in 2018 and joined the board in 2019. ​ 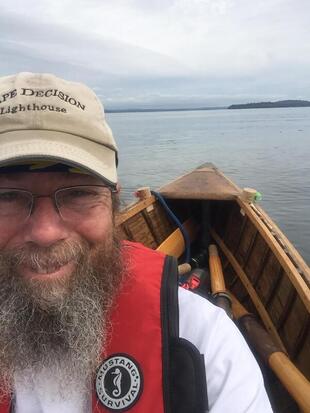 Scotts interest in the Cape Decision Lighthouse springs from spending summers on the shores of Fox Island in the Puget Sound, and winter weekends on Mount Rainier; the perfect combination of salt water and mountains SE Alaska has a familiar and comfortable feeling when he has the opportunity to visit.
​
Scotts introduction to Cape Decision came through his good fortune of living next door to Chris Brooks at Salmon Beach  He almost immediately began working on Scott to come with him to Cape D for the summer work party. After the first trip in July of 2005 he was hooked returning many more times since, meeting some of the most amazing people and having the time of his life. The adventure of getting to and from the Lighthouse is half the fun and never the same, giving a wonderful overview of challenges of everyday life in SE Alaska and insight for our goals at CDLS.

"In the years I have spent volunteering with CDLS. I have seen great progress in both the comfort and livability at the Lighthouse, the growing interest for the work that is being done, and the dreams for our future. The location of Cape Decision Lighthouse is one of its greatest assets and also one of our greatest challenges to sharing this beautiful landmark with the public. With that said, I feel quite privileged to be able to help in whatever way I can to shape and forward the goals of the Cape Decision Lighthouse Society.” Scott Higgins